by Ben Cox
in Commentary, Decision 2021, Editorial, Opinion, Opinion-Editorial
Reading Time: 4 mins read
Donate
0
The post-presidential election hangover has hit most people. Congress and current President Donald Trump battled over COVID-19 and Congressional appropriations over the week. About the only real effect everyone will feel from either of those two massive spending bills is a $600 a week check of your own money and probably a tax hike down the line when Congress has to figure out a way to pay for it. The things that do affect you directly are coming up in an election in April. West Central Illinois has generally seen about a 25-40% turnout for voters in municipalities and school board elections in years past. 98 people showed up to vote in my ward in the city of Jacksonville in 2019. In all, the city of Jacksonville had a little less than 30% turnout that year. In years after presidential elections, that turnout has averaged around 25%. It’s strange that people would not show up to vote in elections that directly affect them.

New Berlin school board election plagued with grooming and misconduct

In Sangamon County, one school board is particularly interesting. Races have restrictions by township range in the New Berlin School District. The district sits in portions of Sangamon and Morgan County. The school board’s relationship there has been particularly onerous over the last year. Former Superintendent Adam Ehrman left the district to return to his home up north to take on an elementary superintendent’s position. This would occur following accusations of intimidation and a lack of transparency. The accusations would surround three teachers receiving disciplinary action following intimidation complaints. One teacher and the former head of the local teacher’s union, Joe Kindred, was dismissed as part of that discipline. There is possible current litigation with the state teachers union over the episode. A New Berlin P.E. teacher would receive a suspension in January for alleged sexual misconduct with a student. That situation came on the heels of a Sangamon County lawsuit about another former administrator who would receive a dismissal from the district for alleged sexual misconduct. The teacher would later move to the Rushville School District before losing his license. The family of the student would file a negligence lawsuit for not filing misconduct claims with the Illinois State Board of Education. This would especially be true when the administrator was caught the first time. New Berlin also has another sexual misconduct lawsuit currently in Sangamon County Court. Additionally, a former student would file a suit after what she says was four years’ worth of grooming and sexual misconduct by a former teacher in the district. None of these suits have concluded.

Waverly Schools with similar problems, but only one incumbent

The Waverly School District also has similar issues. For instance, current superintendent Dustin Day was facing accusations of sexually harassing and intimidating former elementary school principal Tammy Hermes. As a result, Hermes and high school principal Brian Cook would resign after the school board voted to retain Day after an internal investigation. Cook and Hermes also are allegedly going to file a class-action suit against the board in the case. However, information about that suit has not been made available. Four candidates are running for three seats in that school district, with only one incumbent filing paperwork for re-election. Several area municipal races are going uncontested. City clerks, city treasurers, trustees, road district superintendents generally don’t have many people filing to run for those positions. That is until someone gets found stealing money, official misconduct, or caught in the act of committing other forms of corruption. Jacksonville’s current clerk has been in office either as a clerk or alderman for over 20 years.

The primary problem with the elections is timing

The main problem with these elections is timing. Most people don’t want any involvement less than six months after a general election. For some, it’s simply “too soon.” For voters, it’s a matter of: “Didn’t we just have an election?” There are a couple of proposed measures to curtail this problem. The first measure would stick municipal elections in off presidential years during the November general election time period. Stick them all on the ballot at the same while you have everyone’s attention and make everyone campaign. Caveat: If you are running a campaign as a mayor, you can’t necessarily be a part of a state rep. Campaign or something else. It makes everyone live and die in the election field on their own. The other measure would require moving municipal and school board elections to the summer, like July. Make the politicians campaign in the heat and amid the Independence Day and Memorial Day holiday weekends. It’s likely to capture more interest and attention. It places four months between itself and the general elections in November. It’s plenty of time and it gives people relief from post-presidential election fatigue. The filing periods could be done in April with primaries in late May.

Let’s get involved in our local elections

It’s time that people get involved in these elections. Otherwise, uncontested races will allow those at the local level to continue to protect their own political self-interests. It will also force some of the long re-elected incumbents to actually campaign rather than rest on their past laurels and their crony connections in municipal and county government. Make elections dangerous again. Make local campaigns something of interest or people like me in the news will continue to have stories about local government corruption, local official misconduct, and general larceny of liberty and money to report. For more opinion and commentary, follow Ben Cox on Twitter @Cox4Liberty and Heartland Newsfeed @HLNF_Bulletin on Twitter. Additionally, you can follow Heartland Newsfeed on Facebook and Reddit among other platforms. You can now follow our news updates on Telegram, Flote, and MeWe. Support independent journalism. Become a patron on Patreon for as little as $1 a month. There are other donor options as well. 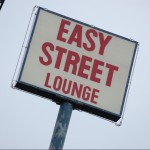 Cox is a broadcast media and journalism veteran currently working as news director for WLDS/WEAI in Jacksonville, Ill. He is also chairman of the Morgan County Libertarian Party.