The first goes into effect on January 1 and will add 3.1 cents to the price of a gallon of gas. That will spike the state’s gas tax to more than 42 cents a gallon. Illinois also assesses its state sales tax on top of gas taxes and the normal price of gas, which makes the amount Illinois motorists pay in total taxes at the pump, the second highest in the nation.

The second increase goes into effect on July 1 and will depend on inflation.

Illinois has one of the highest gas taxes in the nation

In Gov. J.B. Pritzker’s first year in office, he and state lawmakers doubled the per-gallon tax from 19 cents to 38 cents, with annual increases every summer tied to inflation. Since then, the state has seen some of the highest fuel prices in the nation due to inflation, taxes, and other factors.

Josh Sharp of the Illinois Fuel and Retail Association said the scheduled increases would hurt drivers in a state with already high taxes.

“Gas taxes in Illinois are the second highest in the nation. We trail only California for the amount of tax we put on a gallon of fuel,” Sharp said. “We not only have a motor fuel tax, but we also have a sales tax in the state of Illinois.”

Illinois fuel prices sit at $3.27 per gallon, according to AAA, which is 10 cents higher than the national average of $3.17 per gallon.

“When it comes to gasoline sales in those borders states, it’s very difficult,” Sharp told The Center Square. “It is very difficult when you have states like Missouri, which recently raised their gas tax, but it is still well below what Illinois’ is today.”

In the spring, legislators approved a budget that included various tax rebates and freezes. The grocery tax was suspended for 12 months.

Property taxes are also on the rise in some areas

Property taxes in Illinois will also be on the rise in some areas.

Chicago Mayor Lori Lightfoot announced a nearly $130 budget gap for the next fiscal year and a property tax increase of $42 million.

Lightfoot said property owners should anticipate a 2.5% property tax hike over the next year.

“We have come up with what I think is a reasonable, principled approach based upon the data, and we will be starting conversations with the city council,” Lightfoot said. “There is always give and take on lots of different aspects of the budget, but I think this is a reasonable number.”

Lightfoot said the proposed tax increase would not end up being too much for most Chicagoans, claiming a homeowner with a “$250,000 home” will have to pay $34 more in one year.

Lightfoot claims the tax increase is needed to help the city’s poorly performing pension system, which has nearly $47 billion in debt and prevent job layoffs and other cuts.

“If the choice is nondelivery of city resources, a layoff of city workers, or a modest tax increase, most people would say, ‘OK, mayor. I get that. I may not like it, but I get it,'” she said.

According to Tax Foundation data, Illinois has the sixth-highest tax burden in the nation.

Andrew Hensel has years of experience as a reporter and pre-game host for the Joliet Slammers, and as a producer for the Windy City Bulls. A graduate of Iowa Wesleyan University and Illinois Media School, Andrew lives in the south suburbs of Chicago.

This author does not have any more posts. 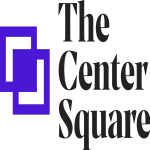