Sting was introduced with the other babyfaces, but did not initially come out. When The Young Bucks and El Phantasmo came out, the arena went dark. When the lights came back on, Sting was standing in the entrance tunnel. He dove off the top onto the Bullet Club team. Darby Allin took out Hikuleo with his skateboard and both teams brawled to the ring to start the match. The match is El Phantasmo’s AEW debut.

Allin got triple-teamed in the Bullet Club corner. Excalibur pointed out this is the first time Allin and The Young Bucks have touched in the ring. El Phantasmo and Matt Jackson competed to see who could do the most overexaggerated Rube Goldberg back rake. Allin got hung up in the corner and triple dropkicked by the Bucks and Phantasmo. He came back with a spider German suplex on Phantasmo. Allin caught Phantasmo with a Code Red and tagged Shingo. Shingo Takagi took the fight to the Bucks, hitting Nick Jackson with a twisting snap suplex for a near fall. Takegi hit a Death Valley Driver on Nick and tagged in Sting. Phantasmo tried to give Sting a purple nurple, but that backfired and Sting hit the Stinger Splash. The teams would go back and forth with their offensive attacks. Sting then teased his own dive on the Bullet Club, but they cut him off with a triple superkick. The Bucks went for the BTE Trigger, but Sting ducked and hit the Bucks with a double scorpion death drop. Sting then gave Phantasmo a purple nurple and a low blow. Allin took out Hikuleo with a coffin drop to the floor. Back in the ring, Takagi and Phanatsmo were legal, and Takagi got a near fall with the Pumping Bomber. Shingo hit the Made in Japan on Phantasmo and got the pin. Winner: Dudes With Attitudes via pinfall (12:59) For more sports news, follow Moose Gibson on Twitter @midnightxmoose and Heartland Newsfeed @HLNF_Bulletin on Twitter. Additionally, you can follow Heartland Newsfeed on Facebook and Reddit among other platforms. You can now follow our news updates on Telegram, Flote, and MeWe. Support independent journalism. Become a patron on Patreon for as little as $1 a month. There are other donor options as well. Get the latest news updates on our radio network via Spreaker, TuneIn, and other platforms. 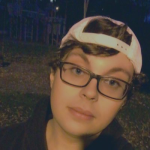